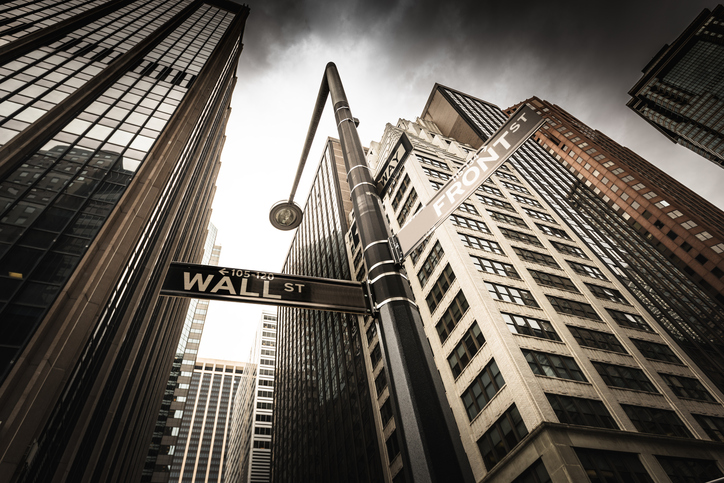 Today’s political landscape in the United States is in many ways more fraught and divided than it has been since the days of the Union and Confederacy. Diametrically opposed factions vie for supremacy, pursuing rigid partisan agendas at seemingly any cost, defaming one another and becoming increasingly prone to outrage at the opponent’s slightest rebuke; and the schism expands ever wider with the passage of each 24-hour news cycle.

Much of the current discourse involves embracing the wonders of Capitalism while denouncing the evils of Socialism. The free market is the key to a thriving modern economy. Socialism never works, look at what it’s done to Venezuela. The more a nation embraces economic freedom, the more prosperous it becomes. Did you know that the Nazi party was called the National Socialist German Worker’s Party? Who could ever support such an obviously corrupt economic system? The problem is that the real world is more complex than the taglines scrolling across the bottom of the screen on your preferred news media outlet. First, let’s clearly define the terms we’re dealing with.

…and for good measure

When a society follows the Socialist path to its terminus, it devolves into the authoritarian and prohibitive system known as Communism, which tends not to be a peaceful co-op harmoniously managed by the populace, but rather a state-owned and operated nightmare of subjugation. No property or currency is truly private. The governing body controls the distribution of all goods, services and resources. It is virtually always led by a strong dictator who possesses nearly total power to execute his will as law (not that a dictator must be male, he just incidentally always is). The social class system which invariably emerges due to appalling income inequality is determined almost entirely by political connection. The Bolshevik revolutionary reform of Soviet Russia under Lenin and carried on by Stalin, the current state of Venezuela from the leadership of Chavez and Maduro and the absurdly titled Democratic People’s Republic of North Korea (not to out-do the Fuhrer’s coy marketing strategy) founded and utterly cowed by the Kim trinity, all come to mind.

An exclusively Capitalist system, on the other hand, would be absolute anarchy. The management of infrastructure and critical services would be guided strictly by what generates the greatest profit margin. This is a Wall Street vision of a post-apocalyptic dystopia, where the least scrupulous and most cunning and savage enjoy the lion’s share of prosperity. The oil industry’s suppression of emerging technology for alternative fuel sources throughout the 20th century and the pharmaceutical industry’s unchecked price-gouging of basic medicines are but meager glimpses of the cataclysm of an unchecked economy of free enterprise.

If only there were some way to take the positive attributes from each theory and create a balanced government under which people can own property and start companies, but can also provide education, emergency services and basic utilities for its citizens. This is precisely the system that America strives toward, and why it is unwise and unhelpful to take either “Socialism” or “Capitalism” wholesale. Any person impervious to nuance who argues in favor of either system in its unadulterated state is misinformed or insane. Affluent, modern societies must endeavor to achieve symbiosis of these systems to maximize the liberty and security of their people.

Taxation, like it or not, is by definition an aspect of the Socialist model. Please read that again. What are taxes if not the “redistribution of wealth”, a concept so abhorrent and taboo to Capitalists? The free market does not dictate the fair monetary contribution of each citizen to their government for the purpose of securing its national boarders, maintaining a global military presence, providing medical care for seniors or delivering mail. Though it’s fair and reasonable to debate the priority of government spending, the necessity of taxation in some degree defies justification – it is a cornerstone of a stable society. Recognize this, and you have recognized the value of a counter-balance to a purely free market economy. These systems are not binary, black and white, all-or-nothing monoliths. They are closer to poles on a spectrum, but even this analogy is too linear. We don’t merely dial in our social and capital policies to find just the right ratio, we compartmentalize details on a case-by-case basis for what’s sensible. Our efforts to do so in the past have been largely successful, but not without notable failures.

Enron was once a highly-regarded blue chip conglomerate, named “America’s Most Innovative Company” by Fortune magazine for six consecutive years. A household name of the energy industry, they were well known for their strong stock market presence, top-notch associate benefits, lavish office suites and the company name on the Houston Astros home field. The organization came to prominence after the deregulatory Energy Policy Act of 1992 which effectively enabled energy companies to bet on future prices of commodities. This practice, in conjunction with mark-to-market accounting (a method allowing companies to report estimated profits as actual) and the containment of all debts and losses in offshore limited liability special purpose entities obscured the truth of Enron’s economic indiscretions until the façade could be kept up no longer. The industry leading juggernaut disintegrated practically overnight, leaving an ineffaceable black mark in the public memory.

The Financial Crisis of 2008 has been deemed the worst economic catastrophe since the Great Depression; an event from which many Americans, even more than a decade later, have yet to recover. The soil was first tilled for the eventual disaster in 1980 with the approval of the Depository Institutions Deregulation and Monetary Control Act, the inception of a trend of easement on government standards for banking institutions. As lending power expanded, scrutiny of risk and assurances for repayment declined. Preposterous mortgage loans were granted, eventually resulting in record foreclosures. Perceived credit threat heightened, the Dow Jones and S&P 500 experienced unprecedented drops, major automotive companies faltered. A decision had to be made whether to intervene on behalf of GM or allow them to survive or fail on their own. A loan was ultimately granted for $80B, with the intent of mitigating the economic damage that would ensue from the loss of three million jobs. Estimated losses of personal income to the tune of nearly $400B over three years, compounded by $150B+ in government welfare spending made the loan an obvious choice by comparison; though many economists argue that more profitable foreign auto manufacturers would have swiftly taken the place of the fallen American goliaths if we had simply allowed the capital market to run its natural course. The perfect choice is opaque even in hindsight, but it is clear that lifting necessary legislative restrictions set the stage for the calamitous downturn in the first place.

Drilling, logging, mining and land development are essential operations of the global industrial machine, but deforestation and unnatural carbon emissions wreak havoc on our environment. Though progress is being made to alleviate our impact, consumer technology for renewable energy is in its infancy. The government offers tax incentives to consumers and corporations for adopting these emerging methods, greatly to the annoyance of free market purists. “The market will decide when solar is viable,” they often say. But the truth is that the market alone will not remove the mountains of plastic waste from our oceans or unbleach our coral reefs. It will not put an end to horrifying factory farming in favor of ethical, sustainable agriculture. It may, however, help reveal the utility and profitability of cannabis, phasing out the deleterious effects of less benign intoxicants and medications. It has allowed light to finally be shed on the miraculous advent of stem cell research for medical technology, now that the government has relaxed its asinine puritan objections and gotten out of the way of progress.

I would be remiss if I failed to address the incandescently controversial concept of Universal Basic Income (UBI). As we increase our dependence upon automation and artificial intelligence, greater numbers of human jobs will simply cease to exist; executed with superior precision and longer duration than any person could. Automation has gained prominence in manufacturing and distribution, as well as grocery stores and fast food restaurants; but the not-too-distant arrival of fully autonomous vehicles threatens the future livelihood of the transportation industry, consisting of some thirteen million jobs in the US alone (over 9% of the population). It’s estimated that 83% of jobs paying less than $20 per hour will be subject to automation by 2030. We must remember that when the jobs disappear, the wealth they generate does not disappear with them but is merely distributed among fewer individuals. UBI has been proposed as a partial solution, granting a modicum of financial security to US citizens. Though no results are certain, a monthly dividend of $1000 per person is expected to replace welfare spending, reduce crime and prevent incarceration, virtually eradicate homelessness and largely return into the economy. Whatever the solution, it’s clear that the majority must not be left destitute while corporations flourish.

I hope this serves to broaden the typical perspective of these two politically charged, but utterly essential concepts. Though the free market provides historically unfathomable financial opportunities, we cannot afford to forget that the good of humanity is not always the most profitable, and the most profitable is not always for the good of humanity.

31 Replies to “Capitalism vs. Socialism: Untangling the Socioeconomic Dichotomy”